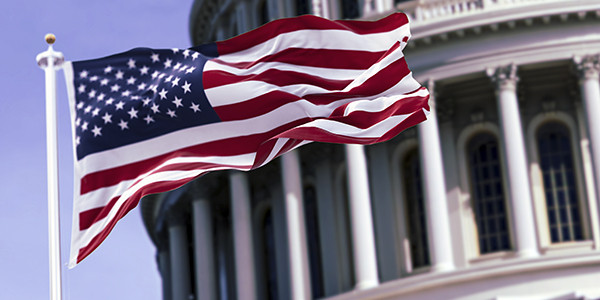 President Biden ordered all United States Flags to half-staff August 3-4, 2022 in honor of the passing of Representative Jackie Walorski. Walorski has represented Indiana's 2nd Congressional District as a Republican in the United States House of Representatives since 2013. She died Wednesday, August 3 in an automobile accident. Click here for the full Proclamation.

The national flag should be displayed at half-staff on the days noted below, or on other days by special proclamation of the United States President or New York State Governor.

How long should the flag be lowered? On standard half-staff days except for Memorial Day, the flag is lowered at sunrise and raised back to full-staff at sunset. The flag is lowered only until Noon on Memorial Day. During days where a declaration is made in honor of victims, official declarations typically request flags be lowered until interment, then raised back to full staff.

Sign-up below to get a text when the American Flag should be lowered to half-staff.

Q: What is the proper way to raise and lower the flag to half-staff positioning?
A: When raising and lowering the flag, bring it to the top of the pole for just a moment before bringing it into position or taking it in for the night.

Q: What if I can’t fly my flag at half-staff?
A: You can buy a mourning bow (black ribbon) for the top of your pole and that will represent half-staff.

Q: Are there any requirements for flying the flag at night?
A: The flag must be illuminated if it is being flown in the dark.

How to Purchase a United States or New York State Flag

The New York State Office of General Services provides the public with the opportunity to purchase the United States or New York State flag for a nominal fee.